Minimum Wage? For Who? 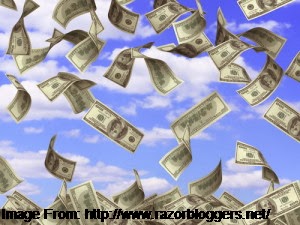 Hi all, been thinking and getting a bit pissed, so thought I would vent here.

Ever since I heard that President Obama by Presidential order granted Federal Employees a minimum wage of $10.75 an hour I have been pissed. I am pissed that he and his cronies believe they can pressure the Congress into passing a similar minimum wage bill for private employees by such a stupid move. It's stupid because everyone knows their are so few minimum wage jobs in the Federal Government that it was a nothing action. Its only purpose was to start an outcry by the uneducated masses to put pressure on Congress to act in a way that would be very bad for this country.

And, guess what, truckers are not covered by the minimum wage law.

Sounds pretty good to the guy or gal flipping burgers at Mcdonalds right? Twice the wage they are making, but if I got this figured right I spent 259 days on the road. Now that means there was 4144 hours I was not paid for but had to remain at work and because I eat and sleep at my work place and since I am responsible for that load even while not performing my job, meaning driving, that means the real hours at work was 6, 221. Divide that into $40,000 and the real wage is $6.42 per hour. Minimum wage is currently $7.25 an hour, hmmmm.

But it gets even worse; since the FMCSA didn't take the forethought to require resets be done at the driver's home, I spent at least another 15 periods of  34 hours parked somewhere other than home, and was still responsible for my employer's truck and trailer, and still not getting paid. This now gives us a total of 6,731 hours at work for a real wage of  $5.95 per hour.

And I havn't even added up the extra cost of living in a truck and having a wife and kids; it's like having two separate homes. Nor have I deducted the payroll taxes which amount to around 35%.

So you still think you want to be a truck driver and earn those big bucks the school recruiters promise??? Better buy my book and find out about the other drawbacks to this lifestyle, you can get it by clicking HERE.

Death on the road

A problem occured for a close relative of mine that involed his father dying of natural causes while on the road.

This problem seems to be fairly common for the family's of truck drivers who die while working. Here is one other example when a driver died working for SRT.

My family members father was working for CRST. The problem was made even worse by the company as the Sherifs office who had recoverd the body asked if the company wanted them to notify the family, CRST said no, they would. They did, some 24 + hours later. What's up with that? Then they offered no help in recovering the body or his possesions, and no bereavement funds or death insurance.

So, as you can see you really are valued as nothing but property as long as you can drive their truck. But, develop a disqualifying health problem or God forbide, you should dare to die on their time, well that's your problem.

The good news is not all companies are like this but the bad news is far too many of them are.

So, wannabe truck drivers are you sure you want to join us; better read my book first before deciding, it could save you thousands of wasted dollars and untold amounts of time.
Leslie R Auger 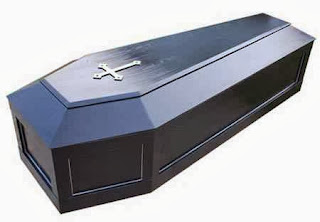 Last night I had spent just about an hour reading posts on an article about a report submitted to congress concerning updates on the HOS made last July. Congress wanted to know if the changes had any effect in improving safety and reducing drowsy driving. The report congress wanted and the report they got where two different things.

The sample of drivers was way to small to indicate anything except what the FMCSA wanted and less than 33% of the sample where over-the-road drivers.

The goverment will never be able to legislate away drowsy driving for the professional as long as they want to deal with only one small part of the whole picture. Here are some more factors for them to legislate if they can:

1. Shippers and Recivers.
This is an area that needs the most legislation. When you arrive for an appointment an hour early and six hours later your finally loaded, that's a problem. It's a problem because you can't rest or sleep during your wait because if you miss your call you won't get loaded until much later, then everyone is pissed at you, so you start your trip tired and angry.

2. Safe and Accessible parking
This is a huge problem and getting worse every year. More and more townships are outlawing truck parking.

3. Drivers Diet
I am not saying they need to legislate what we eat, that would be crossing the line far more than what they already have.

Take a look at the photo that is with this blog, this one shelf is the entire selection of groceries in a popular chain truck stop.

It is a well known fact that a diet rich in fat, sugar and flower adds to poor health and a state of perpetual drowsiness.

The other choices in this truck stop are preprepared foods that are several times reasonable cost and very few of those choices have any nutritional value. Or you could choose from one of the 3 fast food resturants.

We have to eat and the Corperate desire for profit has crossed into the area of greed and is out of control. The truck stops know they have a captive audience and they abuse it.

So, as usual, our wonderful goverment has once again screwed the working man by blaming him and burdening him with more regulation that restricts his income and the choices he can make while ignoring all the other factors that go into the problem they are trying to solve.

If you know some young person considering becoming a truck driver, buy them a copy of my book,"So, You Want To Be A Truck Driver" if I can't scare em off no one can. Get it here:
http://augerles.wix.com4/be-a-truck-driver 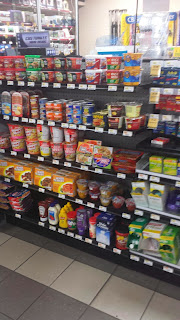