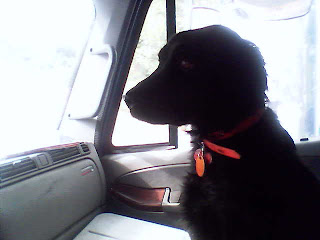 Really frustrated today, dealing with any but my local government always results in great frustration

A little background here before I get into my rant for today.

I’ve been a truck driver for the past 27 or so years, before that I worked factories janitorial and restaurant work. I have seldom been out of work more than a few weeks except when I wanted to be and had the resources to be. But all that changed Nov 2 2009.

I had a Dr. appointment with an endocrinologist on November 2 2009, I have been diabetic since 2000 and had controlled it successfully with diet at first, and then with oral medication but beginning sometime in 2008 I began to lose control even with both methods. That is the natural progressive nature of type 2 diabetes.

So, in the interest of not loosing my appendages or creating more serious medical conditions I agreed to go on insulin.

In case you don’t know, the Federal Government monitors truck driver’s health by requiring that a driver be medically “certified” to be able to operate semi-trucks. They do this by requiring a driver to submit to a physical every two years as long as there are no problems, if there is a problem, at the discretion of the physician that time period can be shortened to as little as 30 days. Of course there are guidelines that the physician must follow laid down by the Feds. There are some medical conditions that will automatically disqualify a driver, such as, diabetes controlled by insulin, out of control hypertension, untreated sleep apnea, the loss of a limb, loss of eyesight or hearing, and some types of mental illness. All of this to protect the general public and as a driver I have no problem with this except…..

Except, the automatic disqualification by reason of insulin use. I understand that in days-gone-by, insulin use did sometimes cause low blood sugars that could cause a person to pass out, not a good thing when driving down the highway at 60 or 70 miles per hour with a 60 to 80,000 pound vehicle. Oral medications are more likely than insulin to cause this kind of reaction but oral meds do not mean instant unemployment for the driver.

Agreeing to do the right thing and begin insulin treatment does. Why?

Here is what I really take offense to, insulin use makes a driver unemployable by statute, but he doesn’t qualify for unemployment in many states, or Medicare or any other type of public assistance.

There is a waiver available thanks to the diligent work of many including the American Diabetes Association, however the process takes a minimum of six month’s and many Dr.’s visits. Of course, you have no or little income to pay for those Dr appointments and no insurance and few places to turn for financial help.

My frustration today comes from two sources, first is unemployment, I was lucky enough to qualify from another state but now that has run out and I cannot get an extension because I do have funds available through my state, now another waiting period and God forbid you need to get a hold of them, I’ve been trying for three days now and am writing this while on hold which has taken me all of three days of calling them to get this far

My second source of frustration is the Federal wavier program. I called them yesterday to check on the status of my application but of course I could not get through to them and had to leave a message, they are supposed to call back the same day, they didn’t, nor have I heard from them since the last time I sent them any paperwork, about three weeks ago

Unemployment answered, and I found out much to my surprise my former employer still has me listed as out on medical leave, errrrrrrrrrr. Now I am disqualified and have to go through the appeal process, meaning at least 4 weeks without income.

While on the phone with unemployment the Feds called and guess what the Dr screwed up the paperwork for the second time, Gerrrrrrrrr, so now at least a couple more weeks before my paperwork can be sent to the review board, we are really cutting it close since the Dr reports are no good after 6 menthes and the eye Dr appointment was at the end of December which means if it don’t make it to the review board soon then I have to go for another visit to the Dr.’s. Double Gerrrrrrrr.

Ok, So now I am totally frustrated. You would think that some one would figure this crap out and centralize all of this and streamline it for drivers who are caught in this terrible catch 22.

The only good news out of this is that the gal at the Federal Transportation Safety Administration, Diabetes Exemption Program said that 98% of all waivers are approved, a cause for hope.

I have written an e-book for those of you interested in becoming a truck driver. My experience can save you thousands of dollars and I am giving it away for a mere five bucks.